A father and son spend a whole day in the woods. They fish, talk, verify the status of their relationship. In his son’s answers the adult perceives an autonomy of thought and a lucidity of analysis that surprise and sadden him. The child has reacted to the separation of his parents by drawing closer to the mother, with whom he lives. But inside, he harbours the sorrow of the father’s absence. Maybe the tears will succeed in diluting the painful memories and seal this important moment of reunion, the implicit attempt of shortening the distance, making up for the misunderstandings, regaining the lost time. Then there is the effort of filling the void of prolonged silences of a father who, like his worker colleagues, is worried about the economic crisis and the precarious work conditions that make it difficult to build a future for their children, also on a material level. 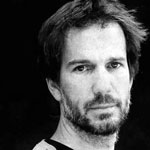 Vlado Škafar is director, critic, playwright and man of letters, involved in the diffusion of cinematic culture. Amongst other things he is a co-founder of the Slovenska Kinoteka (that he directed from 1993 to 1999) and the Kino Otok-Isola Cinema International Film Festival. As a director, he has made short films and documentaries such as Stari most (The Old Bridge, 1998), Peterka: leto odlocˇ itve (Peterka: Year of Decision, 2003), Pod njihovo kožo (Under Our Skin, 2006), Nocˇni pogovori z Mojco (Night Conversation with Mojca, 2008) and Otroci (Letter to a Child, 2008), presented at the Rotterdam Film Festival in 2009. Oča is his debut feature film.