Li Qiuming is a young trainee at a digital mapping company. His job is to survey the street of an ever changing city and keep the mapping system up to date. He is upbeat and energetic, and the only trouble in his life seems to be his conservative, hard-to-please father. One day, while out surveying, Qiuming encounters an attractive woman. She quickly disappears into a quiet alley. The young man soon learns that the data he collected of this alley cannot register in the mapping system. He goes back to the area for a second survey. 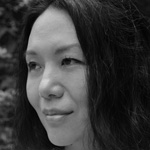 Vivian Qu is an active member of the Chinese independent film circle. She produced award-winning films such as Diao Yi’nan’s Ye che (Night Train), presented at “Un Certain Regard” in 2007, and Yin Lichuan’s Niulang Zhinu (Knitting), that premiered in the “Directors’ Fortnight” in 2008. Shuiyin Jie is her directorial debut.