7
Slideshow With jQuery by WOWSlider.com v2.1.3

English title / Flapping in the Middle of Nowhere

Huyen is a teenage girl who gets pregnant from a young loafer and finds herself forced to fall into prostitution in order to save money for an abortion. Ironically, the only customer who is willing to pay is a man who is obsessed by pregnant women. The situation becomes even more complicated because this man makes Huyen so happy that she almost forgets that there is a baby growing inside of her. 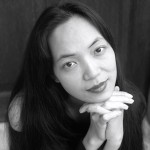 Born in 1982, Nguyễn Hoàng Điệp is one of the leading personalities in Vietnamese independent cinema. She directed several short films and documentaries. In 2008 she founded VBLOCK Media, an independent production company specialized in art films and experimental projects, which produced Bi, Don’t Be Afraid (2009) by Phan Dang Di, winner of several awards in international film festivals. Between 2010 and 2013 she worked in the production of her debut film, Flapping the Middle of Nowhere, which was supported by numerous international funds.