Three unmarried aristocratic Christian sisters from Ramallah have been unable to come to terms with the new reality of occupation and the mass migration of Palestine’s aristocracy. In order to survive, they lock themselves away in their villa, clinging desperately to the nostalgia of their former glory. One day, their orphan niece Badia, walks into their lives and turns their world upside down. To preserve the family’s name, the three sisters try to marry her off to an eligible aristocratic Christian man. Will dragging Badia to every funeral, wedding, and church mass result in finding a good husband for her? 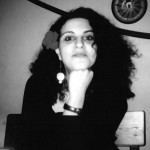 Suha Arraf was born in the Palestinian village of Melia, near the Lebanese border. She began her filmmaking career as a documentary producer. Among her works, she directed and produced the documentary Women of Hamas (2010), which was awarded in several international film festivals. She wrote the screenplays of The Syrian Bride (2004) and Lemon Tree (2008), both directed by Eran Riklis. Thanks to the latter’s script, she won the Best Screenplay Award at the Asia Pacific Screen Award and was nominated for Best Screenplay at the European Film Awards.