Liu and Deng are a couple both in their 70s who have been married for nearly half a century and lived in a small inland city of China. The family of Liu and Deng is a typical ordinary family of China. The eldest daughter Liquin, divorced with a teenage son, lives with them. The second daughter Xiaomin and youngest son Xujun live in far away cities, married and with their own families. They are also too busy to visit the parents, therefore the old couple decide to travel a long way to visit them. It will be a special journey where they will do everything they can to keep the family tied together despite the distance, being the family their sole purpose in life. 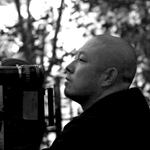 Liu Shumin was born in a small inland town of China 41 years ago. After graduating in Physics from Tongji University in Shanghai went on to study filmmaking in the Beijing Film Academy. He moves to Australia in 2002. His documentary Yu Opera Performers was included in the Australian Center for Moving Image’s collection. He worked as a cinematographer for several films and commercials. From 2012 he starts working on his debut film Jia, finished in 2015 after a year of shooting.