Three chapters. Three generations. Giggino always running around, restaurant poet, small street thief. 50 years old. His father Antonio, a pensioner from Italsider and nostalgic of the old factory days and what represented. Expert and promulgator of Maradona’s deeds. 80 years old, maybe more. Finally, Marco, a deli shop boy, chasing a future but not knowing how. 18 years old. Around them a jungle of a very populated neighborhood, Bagnoli, in a great city, Naples. Where purpose was lost and a new one was not yet found. 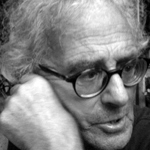 Was born in Naples where he always lived and worked. Director, screenwriter, theater author and professor in the Fine Arts Academy of his city. After working for a long time as an art director in Rai, he arrives to cinema in 1991 with Vito e gli altri (Vito and the others), best film among those presented at the Venice International Film Critics’ Week, winner of the Solinas Prize and Nastro d’Argento as best debut film. In 1997 Pianese Nunzio, 14 anni a maggio (Pianese Nunzio, Fourteen in May) with Patrizio Bentivoglio was in competition in Venice and won a David di Donatello. He also directed the episode Sofialorén in the collective film I vesuviani (The Vesuvians) (1997), Polvere di Napoli (1998), Luna Rossa (2001), La guerra di Mario (2005). Before Bagnoli Jungle he directed Giallo? (2009) and L’amore buio (2010).