At the end of XVIII century a large part of Calabria, in southern Italy, was hit by a massive earthquake. The memory of this event is made of concrete signs like the white scars on the mountain ridges and the ruins of a town that over the centuries has gained a new life, but also historical images and invisible presences that come back, intertwine and manifest themselves in different ways. 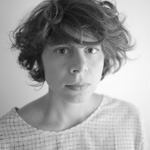 Maria Giovanna Cicciari, born in Milano in 1983, shot several award winning shorts such as La natura della cose (co-directed with Federico Chiari, awarded the In Prima Persona – Milano Filmmaker Award in 2009), In nessun luogo resta (Special Jury Prize at the Torino Film Festival in 2012, then included in the catalogue of the Collectif Jeune Cinéma of Paris) and Hyperion (Filmmaker Festival, Sergio Amidei Award in 2015, Mostra internazionale del nuovo cinema di Pesaro 2016). Since 2013 she is collaborating with Annamaria Ajmone in Radura, an experimental project between dance and cinema.