A pregnant woman takes revenge, embarking on a killing spree that is both vicious and funny. For ruthless Ruth, will motherhood lead to redemption, or destruction? 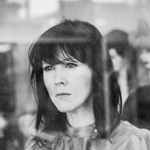 Alice Lowe is known for her work as a UK television comedy actress. Alice made her move into film with her screenwriting debut Sightseers (2012), directed by Ben Wheatley, in which she also starred. After premiering at Cannes, Sightseers went on to receive several accolades, including acting and screenplay awards for Alice. Prevenge is her directorial feature debut. She wrote, starred in, and directed it whilst 7-8 months pregnant with her first child, who also appears in the film.