At the beginning of the 20th century, on the island of La Réunion, five adolescents of good families enamoured with the occult, commit a savage crime. A Dutch Captain takes them in charge for a repressive cruise on a haunted, dilapidated sailboat. Exhausted by the Captain’s methods, the five boys prepare to mutiny. Their port of call is a supernatural island with luxuriant vegetation and bewitching powers that holds a disturbing secret. 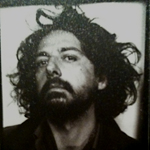 Bertrand Mandico (1971) has worked for several art institutions in Europe and directed many short films. Two of them, Boro in the box and Living still life, were selected at the Festival de Cannes and at the Venice International Film Festival respectively, and have won several awards at international film festivals. While continuing his project of directing twenty-one shorts in twenty-one years with actress Elina Löwensohn, he directed Les garçons sauvages (The Wild Boys), his debut feature film.