Two women spend a weekend in the North Sea. One of them will soon return to her family in Argentina, whereas the other one will try to come a step closer to the ocean. She will cross the Atlantic Ocean on a sailing vessel. Time leaves the beaten track and the swell lulls to deep sleep. The sea takes over the narration. When the other one reappears, the wind is still in her hair while the ground beneath her feet is solid. She returns and the other one could ask: “Have you changed?” 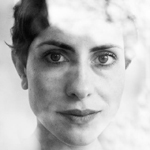 Helena Wittmann (1982) was born in Neuss, Germany. From 2007 to 2014 she attended the Hochschule für bildende Künste Hamburg (HFBK). Her works, including the short films Wildnis (2013) and 21,3° C (2014), screened at several international exhibits and film festivals. DRIFT is her first feature film.