English Title / Until The End

A gunshot breaks the silence of the night. Four men run from the crime scene. Umberto “Yes & No”, the infallible killer of the Caputo clan, just murdered the wrong man. Now he has to deal with the boss. Unfortunately, the victim is the nephew of Tonino “The Infamous”, the most feared boss of the whole town. However, this is not the biggest problem, as Umberto “Yes & No” is hiding a dreadful secret. 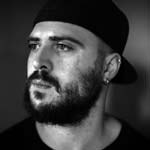 Giovanni Dota (1989) grew up in Ponticelli, in the outskirts of Naples. He has a Master’s Degree from the Cinema, Television and Cinematography school of Naples, Pigrecoemme, where he graduated with the short film Interno 18. After working as a runner and assistant director for several short films, he started working for the TV series “Gomorrah”, first as an assistant production supervisor and then, as an assistant director. In 2015, he directs the short film Tutto quello che non ci siamo detti, awarded with several prizes in Italy. He studies film direction at the Centro Sperimentale di Cinematografia.