Viktoria is an odd and extremely self-disciplined researcher in the field of suicide. She is invited to a psychiatric ward to treat the suicidal patient Jenny. Through intimate night conversations, they form a tight bond. Viktoria slowly opens up to experience closeness with another person for the first time in her life, but the closer the two women get, the more it becomes clear that something is not as it seems. 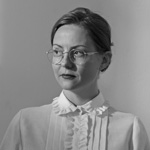