It’s a hot afternoon. Serena is helping Christopher to study German. He is bored and prefers to record her with his cell phone. She doesn’t want him to but he likes it because she makes him laugh, especially when Serena acts like a little pig. And when Christopher laughs she is happy. Through this game, the two grow closer and discover an unexpected intimacy. 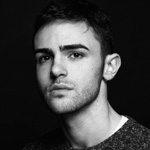 Simone Bozzelli (1994) was born in Silvi, province of Teramo. He moved to Milan and graduated at NABA in Media Design and Multimedia Art. He wrote and directed the shorts Mio fratello (2015) and Loris sta bene (2017), the latter presented at the Lovers Film Festival and in many other Italian and international film festivals. Since 2018 he is studying Film Directing at the Centro Sperimentale di Cinematografia of Rome.