A day where the void, superstition, anguish and fear will have the confirmation that a man without quality was looking for, for a long time. 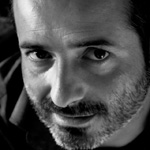 Bonifacio Angius (1982), director, screenwriter, director of photography and producer, directed several short films awarded in numerous international film festivals. His first feature film Perfidia was the only Italian film in competition at the 67th Locarno International Film Festival in 2014, winning the young critics’ award and had an outstanding success amongst the critics. His second feature film Ovunque proteggimi was presented at the 56th Torino Film Festival and in many other international film festivals. The film was nominated for the Silver Ribbon for best screenplay. Francesca Niedda had a nomination as best actress at the Italian Golden Globes, while Alessandro Gazale, the male protagonist, won the Vittorio Gassman award for best male interpretation at the BIFeST in 2019. Since 2013 Bonifacio Angius is managing the production company Il Monello Film.