April 26th, 1986. On that day, Anya and Piotr celebrate their marriage when an accident occurs at the Chernobyl power station. Piotr the groom, is a fireman, and he has to leave the marriage to estinguish the flames. He never returns. Ten years after, Chernobyl has become a no man’s land and a tourist attraction. Anya is still there, working as a guide. Split between two lovers, she tries to accept the hope of a new life. 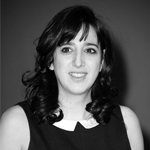 She studied anthropology at the Sorbonne of Paris and film studies with Jean Rouch, then philosophy at the Hebrew Jerusalem University. In Israel she also studied photography. She moved to London for undertaking cinema studies at the National Film and Television School. She directed a few documentaries, including Odessa…Odessa! in 2005. La Terre outragée is her first feature film.