Jérôme, a senior executive, has just left his company. Determined to never work for nobody else ever again, he attempts to set up his own company, come what may, even ignoring the reluctance of his wife Laura. Ugo, their 11-year-old son, is a tennis player and a promising champion. To reach his goal, he must make it into the Roland Garros national training centre. Just like his dad, he’s willing to do whatever it takes to make it. Together, Ugo and Jérôme will realize that not all rules can be bent in the quest for success. 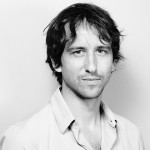