English title / The Council of Birds

In 1929 music teacher Paul Leinert receives an unexpected letter from his old friend Otto
Schiffmann, a young and talented composer who has moved away from Berlin after a failed
marriage. The letter is an invitation for Paul to come and visit Otto in his forest cabin – and to become familiar with his new work, a long-awaited symphony. Taking along his wife Anna together with his colleague Willi, the three find Otto’s cabin but their host is nowhere to be seen. As they go looking for him, Paul notices something odd about the song of the local birds… 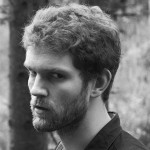 Timm Kröger was born in 1985 in Itzehoe, northern Germany. He began his studies at the European Film College in Ebeltoft (Denmark), where he also spent a year as a teacher assistant in 2008. Following an internship at ARRI Rental in Munich, he studied documentary film at the Filmakademie Baden-Württemberg in Ludwigsburg. He works as a screenwriter, director and cinematographer. Zerrumpelt Herz is both his graduation film and his debut feature.