Ilan Ben-Natan, a well-known professor of astrophysics at the University of Haifa, is in his sixties. He is married to Naomi, an attractive 28-year-old book illustrator. Suspicious by nature, he finds out his wife’s cheating on him and faces up to her young lover, Oded Safra, a painter and a filmmaker. During the argument, the scientist kills his rival and takes the corpse away in the boot of his car. With the complicity of his 80-year-old mother, Ilan buries the man in a newly dug hole in the cemetery. After a series of coincidences, the corpse is found and Commissioner Anton Karam, an old friend of the professor’s, starts the investigation. Just when all signs seem to point to the discovery of the assassin, an unexpected event throws everything into doubt again. 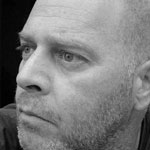 Born in Tel Aviv in 1963, Eitan Zur studied cinema and television at Tel Aviv University, then soon began work for Israeli television where he created and directed the comical-satirical show The Chamber Quintet. His television work continued with the dramatic series The Bourgeoisies, then the satirical show This Is Our Country and the series Doval Olam. In 2004 he directed the medium-length drama Ma Ata Sach? (You Don’t Say). Between 2006 and 2007 he directed fourteen episodes of the TV series Be Tipul (adapted by the Hbo into In Treatment). Hitparzut X (2010) is his first full-length film.