2
Slideshow With jQuery by WOWSlider.com v2.1.3

Mexico City, farthest outskirts. After thirty years at work, Martha, gloomy archivist of an insurance company, is replaced by a young secretary and a computer. For the woman, 75 years old and with no family ties, is a real shock. Her days are filled by her job at the company and caring for an old neighbour with serious health problems. The unexpected decision of a friend – to leave the city in order to join a daughter faraway – sharpens her sense of defeat. Desperate as she is, Martha decides to concede herself a last week at the company, before committing suicide. But destiny has other surprises in store for her. 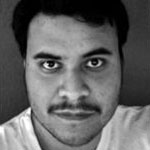 Born in Ciudad Satélite in 1984, Marcelino Islas Hernández graduated from the Design, Cinema and Television Centre of the University of Mexico City, majoring in cinema direction. He was recently selected as a member of the Guadalajara Talent Campus, organised by the Berlinale and the Guadalajara International Film Festival. Martha is his debut feature film. He is currently working as producer on three projects: La castración by Ivan Löwenberg, La Historia se repite by Jorge Bolado and the documentary El Güero by Gabriela Gómez Mont.