English title / You are here

Italian distribution / On the Docks

World sales / On the Docks

Alberto is a young film critic with a passion for the “geography of the cinema.” Angelina is a young foreign photographer who has recently arrived in Rome. Alberto has decided to write a book halfway between a tourist guide and the historiographic reconstruction of the places in Rome where sequences of famous films were shot. Angelina takes pictures of Alberto’s location scouts and interviews. The result is evidence of how cinema has been the true, great chronicler of life in Rome – having portrayed the occupied city during the Nazi-fascist era, its post-war renaissance, its reconstruction, the economic boom and construction speculation. 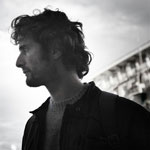 Born in Florence in 1974, trained at Videomusic channel, he worked for La7 channel making the documentary Be Equal and directing a few seasons of the TV programme La valigia dei sogni. He directed several documentaries for the TV programme Alle falde del Kilimangiaro.