Thirty-somethings Ray and Ramona, are in a long-term relationship and ready for an extreme, incomprehensible act. Armed with sticks of dynamite, they plan to attack a public place. How did they conceive such a nihilist and tragic act? Ray – from a middle-class family with whom he has a conflicted relationship – has always been a political activist ready to publicly fight for human rights and social justice. Ramona is the unrestrained singer of a punk band. Their love story, based on shared anarchist feelings, is often rippled by harsh conflicts. It will lead them to the point of no return of a suicide attack that mercilessly allows no second thoughts. 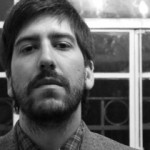 34-year-old, he was born in Nairobi and studied cinema at Columbia University in New York. He published his first collection of short stories in 1997 and then a second one in 2010. He realised several short films working as scriptwriter, producer and director. He also wrote the screenplay of Deficit by Gael Garcia Bernal, that has been presented at Cannes Critics’ Week in 2007. He is currently working for the Mexican National Film Library creating an archive of amateur and home movies.