Wen is a political detainee who is released after many years of imprisonment. Arrested for being an alleged communist, he returns, an old man, to an uneasy reunion with his children. Wen also wanders through the city to see how his homeland has transformed into a shining metropolis. He is philosophical about his long detainment without trial and is ready to move on. But as the past collides with the present, unforeseen circumstances force his journey to take a tragic turn. 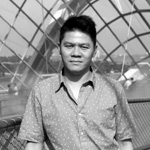 Green Zeng is a multi-disciplinary artist whose work encompasses film, visual arts, and theatre. He has directed many short films such as Blackboard Whiteshoes, which was selected in Cannes in 2006, and Passenger, which the same year was awarded the Encouragement Prize at the Akira Kurosawa Memorial Short Film Competition in Tokyo. He is currently the Creative Director of Singapore film production company Mirtillo Films, and has directed dramas for television and corporate videos. The Return is his first feature film.