Mrs Flynn’s adult offspring – Thomas, Michael, Sheila, and John – gets together at the family house in Glasgow to mourn the death of their mother and prepare for her funeral. As a violent storm hits the city, the four siblings tear each other apart during a long dark night of events and misunderstandings. Hurt, angry, and confused, each member of the family has to come to terms with his own distress, in the course of 24 hours of meteorological and emotional storm. 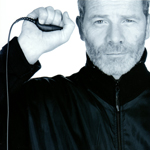 Peter Mullan was born in Glasgow in 1959. He starts acting at 10, becoming later a member of the Wildcat Theatre Company and an actor at the Glasgow Tron Theatre. He has acted in many important films such as Ken Loach’s Riff-Raff (1991) and My Name is Joe (1998) – winning a Golden Palm as Best Actor for this latter – Danny Boyle’s Shallow Grave (1994) and Trainspotting (1996), Mike Figgis’ Miss Julie (1999), Paddy Considine’s Tyrannosaur (2011), and Steven Spielberg’s War Horse (2011). He also acted in several tv series, including Top of the Lake (2013) and Olive Kitteridge (2014). As a director, he shot a number of shorts (including the awardwinning Good Day for Bad Guys and Fridge) and three features: Orphans (Best Film at the Venice Critics’ Week in 1998), Magdalene (Golden Lion 2002), and Neds (Best Film at San Sebastian Film Festival 2010).