Mandy is a mother, a writer, a nihilist. Mandy is a modern woman in a crisis. Raising a son in the midst of a female revolution, mining the pain of her parents’ separation and professionally writing about a love that no longer exists, she falls upon a troubled man, Pete, who’s searching for a sense of worth, belonging and ‘restored’ Male identity. 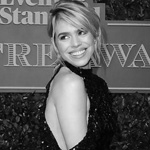 Billie Piper (1982) is an English actress, dancer, and singer. At the age of 15 she released her debut single Because We Want To, which made her the youngest artist to enter at number one on the UK Singles Chart. In 2003, she retired from the recording industry and began an acting career, starring in TV series Doctor Who, Secret Diary of a Call Girl and Penny Dreadful. Piper has starred in five plays since 2007 and was given a Laurence Olivier Award for her performance in Yerma. Rare Beasts is her first feature as a director.