You cannot choose your parents or the place where you are born. These are the thoughts of a daughter who cannot rebel. As a little girl, she spent a lot of time with her mother, a fervent Catholic woman. She would have rather spent time with her father, but he was busy hiding an extra-marital affair everyone knew but kept quiet about. Today, time goes by slowly inside and outside their home. Family problems are silenced, the Campania region suburbs lie on the background. 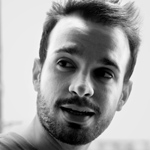 Loris Giuseppe Nese (1991) graduated from DAMS in Bologna and studied documentary direction and production at the FilmaP Atelier di cinema del reale in Naples. He served as an assistant director to Leonardo Di Costanzo for L’Intrusa and collaborated serving in different roles for video-clips, short films, fiction and non-fiction feature films. He is one of the finalists at the 2018 Premio Solinas – Documentario with a full-length film project.