Lele Mora, Simona Ventura, Flavio Briatore, Fabrizio Corona, would-be showgirls (“veline”) and showboys (“tronisti”) – these are the protagonists, sometimes aware sometimes not, of a pitiless scenery that shows the last thirty years of the Italian television (and politics), from the coming of the private televisions to nowadays. 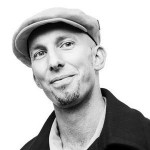 Erik Gandini was born in Bergamo in 1967, but he moves to Sweden when he is 18 years old, and there he still lives today. His first documentary, Raja Sarajevo, directed in 1994, tells the story of a group of young friends in the besieged Sarajevo. From then on, he directed documentaries that won several prizes internationally: Not Without Prijedor in 1996, Amerisians in 1998, Sacrificio – Who Betrayed Che Guevara? in 2001 co-directed with Tarik Saleh, Surplus – Terrorized into Being Consumers in 2003. Before Videocracy he co-directed with Tarik Saleh Gitmo – The Rules of War, previewed at Amsterdam IDFA in the sections “Joris Ivens” and “Amnesty International Award”. Gitmo won the top prize at the Seattle International Film Festival in 2006 and the Grand jury prize at the Miami Film Festival in 2006.